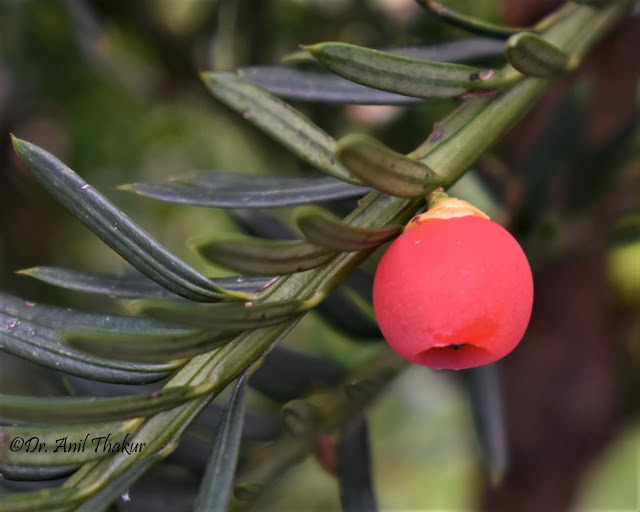 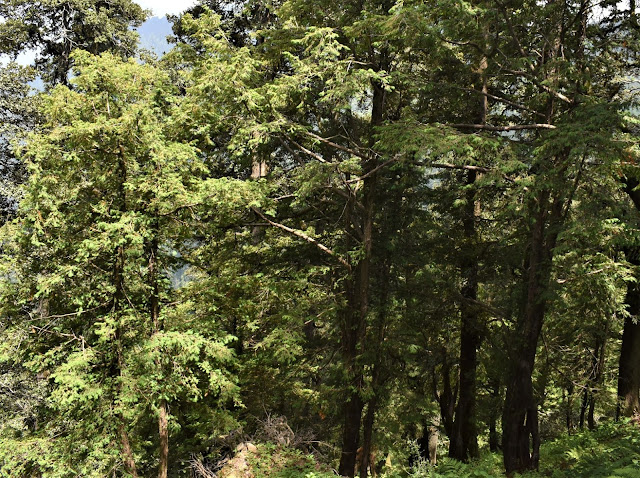 Trees in their natural habitat

Two species of Himalayan yews are reported to occur in the Himalaya. The species occurring in the Western Himalaya has recently been found to be Taxus contorta (earlier, erroneously considered as T. wallichiana or even considered as T. baccata by some earlier researchers). While the one found in the Eastern Himalaya is T. wallichiana.   The West Himalayan yews grow on the shady slopes at an altitude of 2500-3100m. While the East Himalayan yews have wide altitudinal range from 100-3500m in North East India. 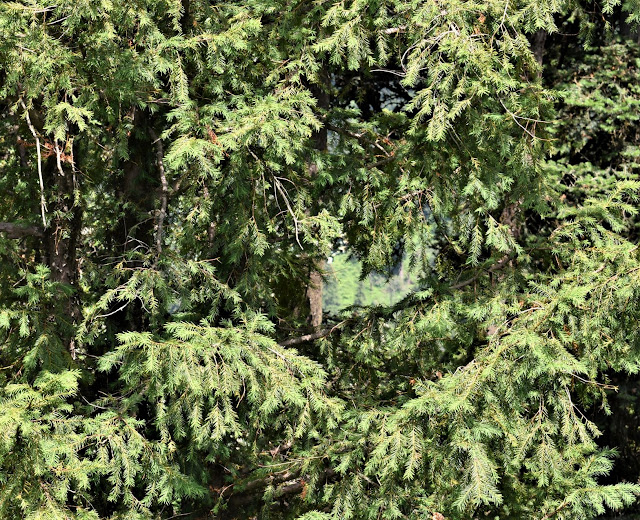 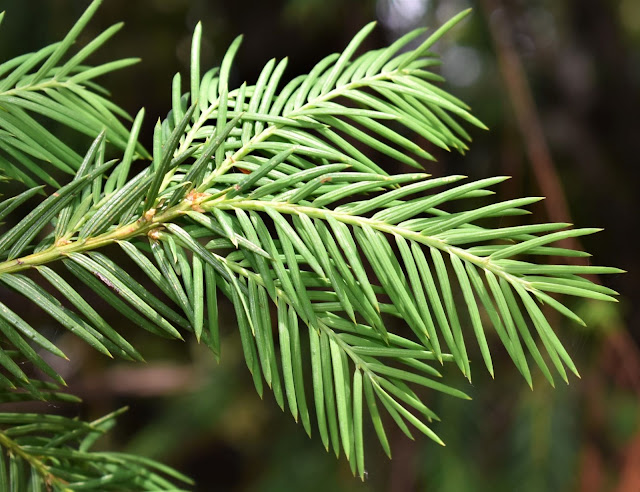 Upper side of the leaves and leaf arrangement

Yews are evergreen coniferous trees growing to 20 m tall and have a trunk diameter of 1.5 m. The bark is thin, scaly, greyish-brown and peeling off in small strips. The leaves are linear to lanceolate, flat, dark green, 1-4 cm long and 2-3 mm broad. They are arranged spirally on the stem, but the leaf bases are twisted to align the leaves in two flat rows on either side of the stem. The male cones are globose and small. The female cones contain a single naked seed surrounded by a modified scale or aril (similar to fruit; but not a true fruit).  The aril becomes soft, bright red and berry-like structure.  All parts of this tree contain a toxin, named as taxine, except the fleshy, sweet and edible aril.

The two Himalayan species differ in their leaf and seed structure and the persistence of winter bud scales. In T. wallichiana, the leafy branchlets are flat and have linear to lanceolate leaves. The usually falcate leaves gradually taper to an acuminate apex or are abruptly tapered and indistinctly mucronate. Seeds are ovoid or obovoid and have obtuse ridges. The winter bud scales are early deciduous in this species.  In T. contorta, the leafy branchlets are V-shaped in cross section. The straight or slightly falcate leaves are linear and almost equally wide throughout length. The leaf apex is shortly mucronate to cuspidate. The winter bud scales are persistent at base of branchlets. The seeds are columnar-oblong and obtusely ridged on 2 sides in this species. 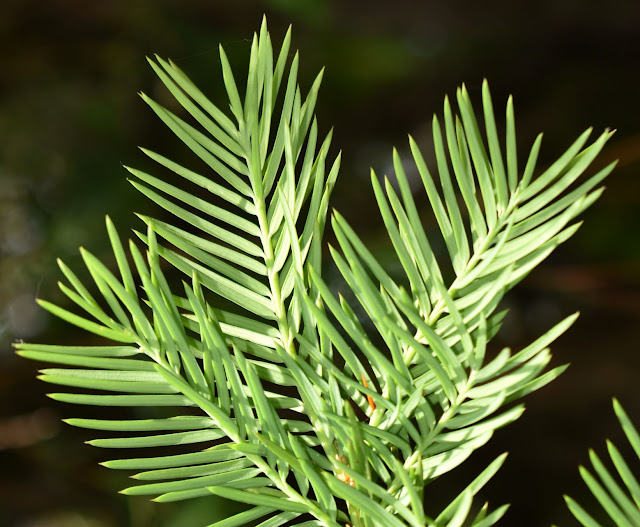 Lower side of the leaves 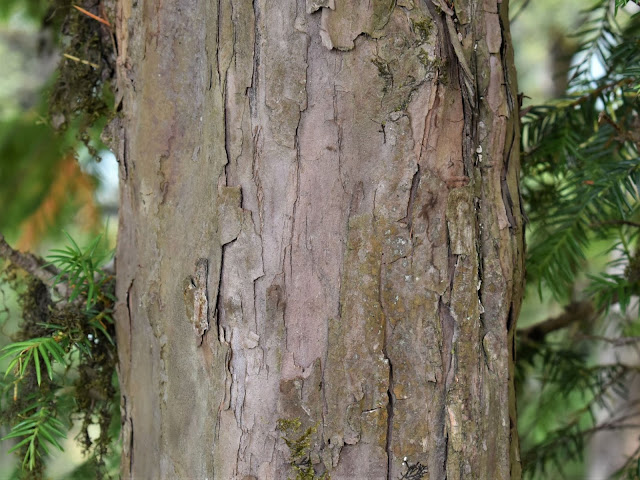 Tree bark coming out in layers/flakes 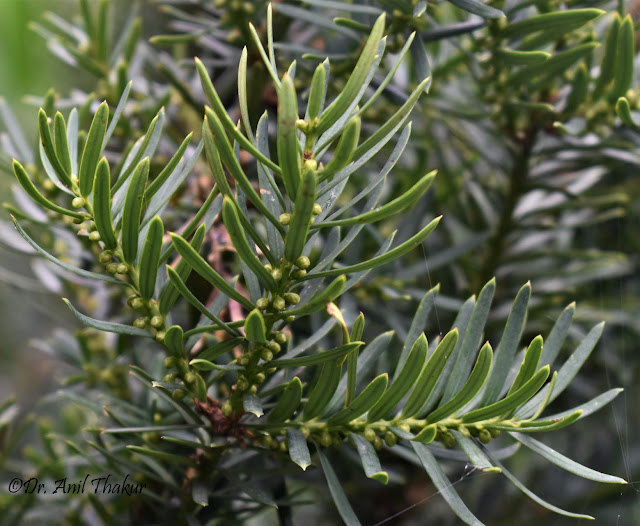 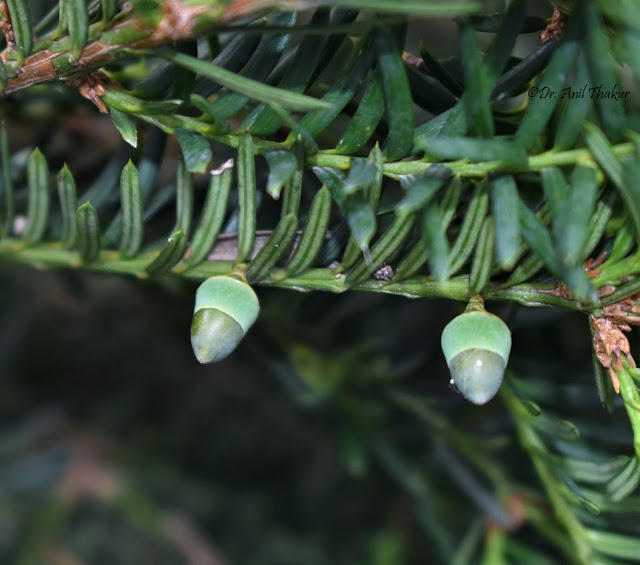 People, especially the gaddi and gujjar tribe in Himachal Pradesh and J & K have been using the bark of this tree to prepare herbal tea since ages. The stem bark is boiled to make a reddish-coloured herbal tea. This tea is considered useful in cough, cold, bronchitis, flu, fever and pain. The ripe and fleshy red-coloured aril is sweet in taste and is eaten by the local inhabitant of the area. The ethnobotanical literature shows that leaves have antispasmodic and emmenagogue properties. Leaves are recommended in nervousness, hysteria and epilepsy.  A tincture prepared from young shoots is used for headache, giddiness, coldness of extremities and diarrhoea. The ripe and fleshy red-coloured aril of the seed cones, which is sweet in taste, is eaten by the local inhabitant.

The needles of the Himalayan yew are fumed over half-burned coal in some parts of Jammu & Kashmir to ward off the  evil spirit from homes. The welcome gates are decorated with twigs of Himalayan yew by the bridal side during the marriages in Bhaderwah area of J & K. 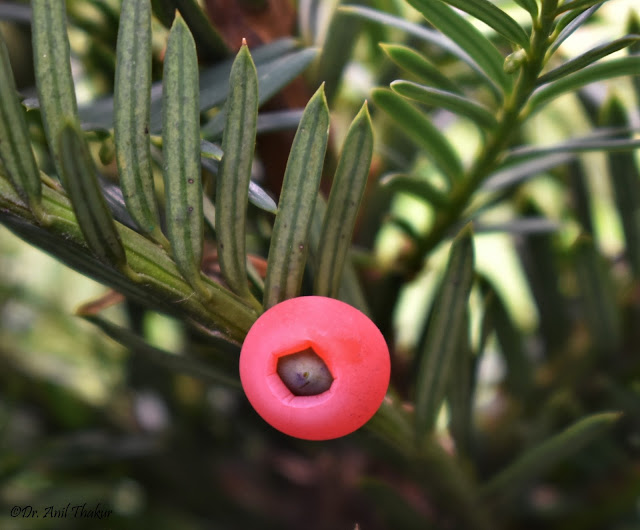 A single seed enveloped by a fleshy and sweet edible aril

The foliage and bark of T. wallichiana contain about 300 different taxoids. The most important and bioactive one is diterpenoid alkaloid paclitaxel (taxol). Other important taxoid reported from this plant is 10-deacetyl baccatin (10-DAB) or baccatin III, now used in the manufacture of semi-synthetic taxol. In addition, quercetin, myricetin and kaempferol have also been reported to occur in this plant. 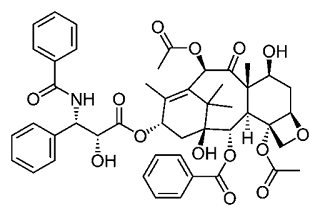 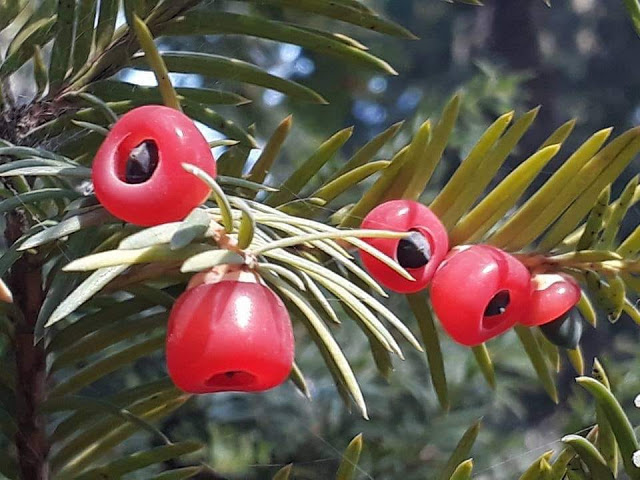 The uses of leaves and bark of Taxus wallichiana have been described in Ayurveda, Unani, Chinese and Tibetan system of medicine. The needles are used in cough, respiratory infections and asthma in Ayurveda. This plant received the worldwide attention recently, when a potent anti-cancerous molecule paclitaxel (taxol) was obtained for the first time from the bark of Pacific yew (Taxus brevifolia). Taxol inhibits cell proliferation by promoting the stabilization of microtubules at the G2-M phase of the cell cycle, which blocks the depolymerization of microtubules to soluble tubulin and prevents cancers. Taxol is an FDA approved drug. It is reported to be useful in breast, ovarian, cervical, lung and uterine cancers.  The bark and leaves of Taxus spp. have been reported to be analgesic, antipyretic, anti-inflammatory, immunomodulatory, antiallergic, anticonvulsant, antibacterial, antifungal, antispasmodic activities and vasorelaxing. 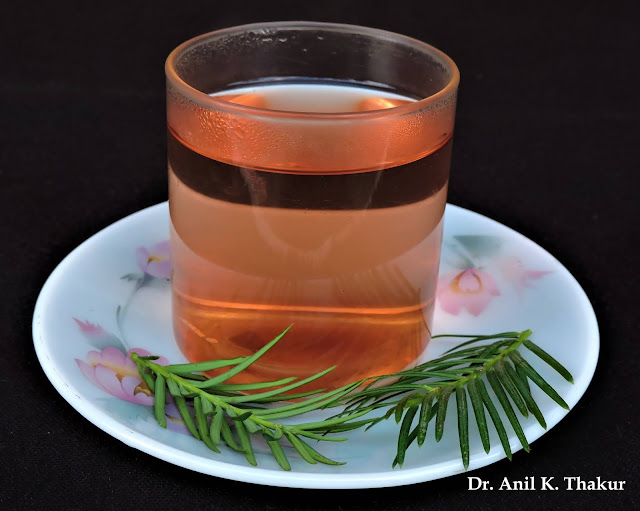 Plants can be propagated through seeds or through stem cuttings. The seeds are sown in the nurseries and seedlings are raised. One to two feet tall seedlings can be transplanted. The stem cuttings can also be planted for rooting in the green/poly houses. The rooted plantlets are transplanted when they are about two years old. The vegetative method is preferred to obtain uniform plants of desired genetic stock. 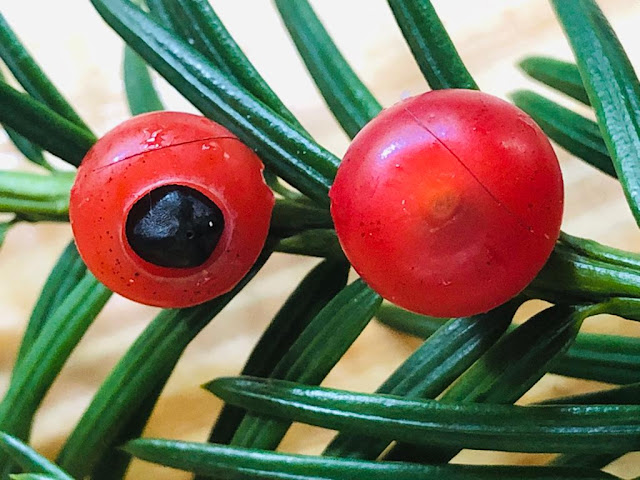 Edible fleshy aril of Western Himalayan Yew
(Photograph courtesy: Mr. Panki Sood, Great Himalayan National Park)
CAUTION
All parts of this plant contain a toxin 'taxine' except the fleshy aril, which is edible. Only about 2-3 gram of bark should be used per glass of herbal infusion.

ECOLOGICAL CONCERNS
Rot disease has infested most of the trees in jungles. Natural regeneration has also decreased considerably. Urgent and timely steps are required to  preserve this natural heritage for coming generations. 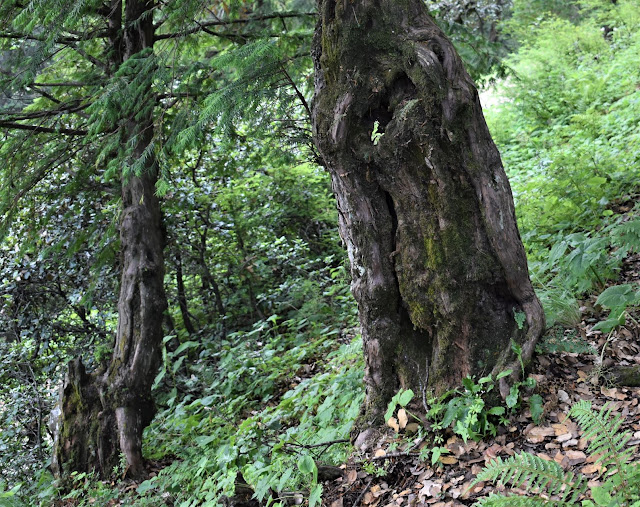 Tree trunks are rotted due to some fungal disease. Holes in the stem can be clearly seen 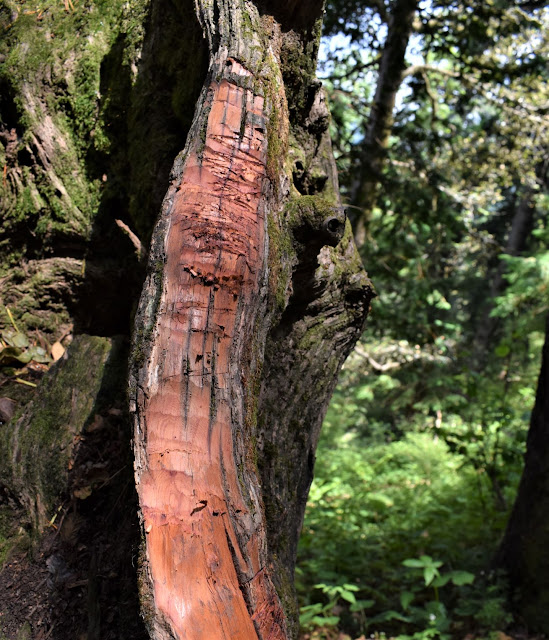 Nomadic gujjars have damaged the main stem by removing the bark