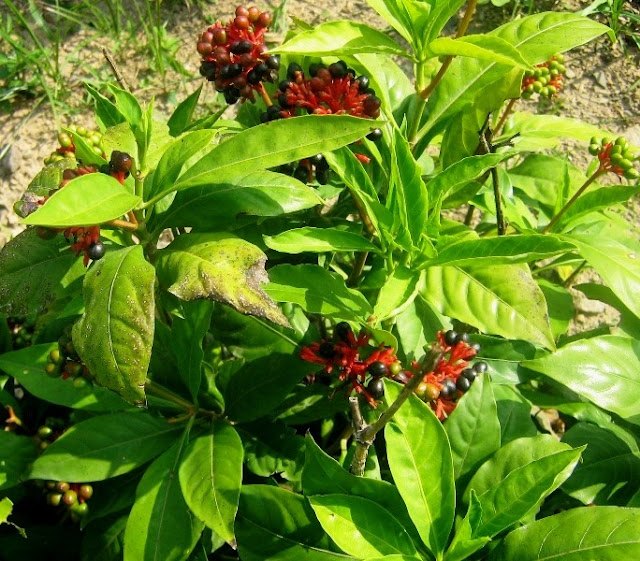 Indian snakeroot is an important medicinal plant in indigenous systems of medicines. It is indigenous to India and other tropical countries of Asia. International Union for the Conservation of Nature and Natural Resources (IUCN) has declared it as an endangered species. Indian snakeroot occurs in the moist forests and shady places of tropical Himalayas and plains near the foothills up to an altitude of 1,300 m. It also occurs along the Ghats in Kerala in South India. It is also distributed to Malaysia and Java. Our ancient treatise Charaka Samhita (1000-800 B.C.) has described it as an antidote against snake-bite and insect stings. It finds mention in many folk-lores in central India. It has acquired a vernacular name ‘pagal-ki-dawaa’ due to its curative effect in insanity. The roots of Indian snakeroot have been used in indigenous traditional medicine for hundreds of years. Following the recent scientific research, it has also acquired a great importance in modem therapeutics after the discovery of its various chemical constituents.
The importance of Indian snakeroot can be judged from the fact that Michael J. Balick & Paul A. Cox started their book ‘Plants, People and Culture: The Science of Ethnobotany’ by quoting folklores on this plant from India. They quoted a legend that a mongoose feed on this plant before engaging in combat with cobras and locals also started using this plant as an antidote to snakebite.
Sometimes, other species of Rauvolfia such as R. tetraphylla and R. verticillata are used as adulterants with highly priced and rare R. serpentina  (Indian snakeroot). 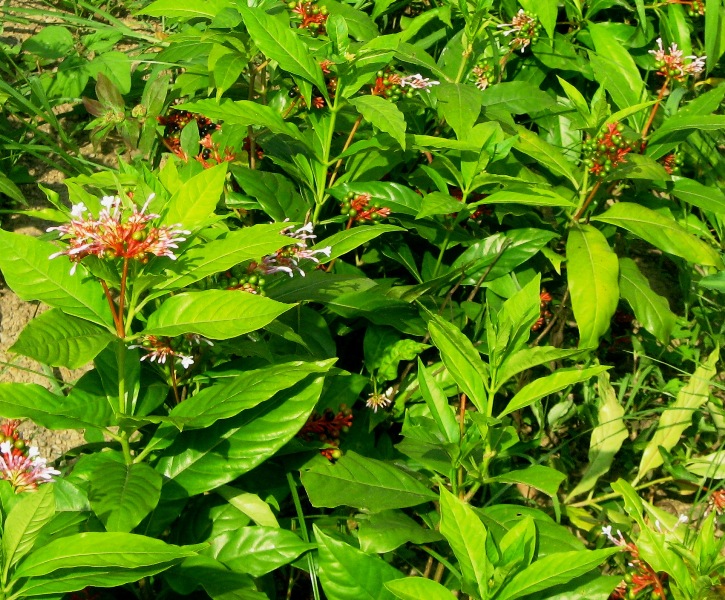 BOTANICAL CHARACTERISTICS
The generic name, Rauvolfia serpentina, was coined by the French Botanist, Plumiers in honour of well-known sixteenth-century German physician, botanist, traveller and author Leonard Rauwolf. The specific epithet, serpentina, is derived from snake-like roots of this plant.
Indian snakeroot plant is a perennial, glabrous and less branched undershrub growing to a height of up to 1 m. The root is stout, irregularly nodular, less branched, cylindrical, yellowish and growing to a depth of up to 40 cm. The leaves are whorled in a group of 3 at each node. They are simple, petiolate, elliptic lanceolate, acuminate, entire and up to 17 cm x  5.5 cm in size. They are dark green and shinning above and pale beneath. Inflorescence is a terminal umbelliform cyme. Flowers are bracteate, bisexual, actinomorphic and short pedicelled. It consists of bright scarlet 5-fid calyx, salver-shaped pink or rose-coloured corolla, 5 stamens and 2 carpels (2 ovules in each carpel). Fruit is a purplish-black drupe, about 5 mm in diameter.

TRADITIONAL USES
The roots of this plant have been used in India, Malaysia and Java from ancient times as an antidote to snakebite and the stings of insects. It was used as a remedy for fever and dysentery in rural India. Rumphius wrote that it was used both internally as well as externally.  Internally, it was administered in the form of a decoction of the root. Externally, a plaster of the roots and fresh leaves was applied on the soles of the feet.
Recently, many ethnobotanical studies on Indian snakeroot have been carried out in many parts of the country. These studies have reported various uses such as in snakebite, insomnia, melancholia, schizophrenia, insanity, anxiety, excitement, malarial fever, pneumonia, spleen diseases, asthma, for uterine contractions, opacities of the cornea, etc. The roots with bark are collected in autumn from 3-4 years old plants for traditional use. 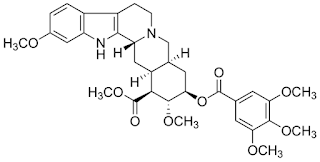 MODERN MEDICINAL USES
There is mention of sarpagandha and its medicinal uses in our Ayurvedic texts. According to Ayurveda,  sarpagandha root is bitter, acrid, heating, sharp and pungent. It is considered as antihypertensive and sedative and recommended for the treatment of various central nervous system disorders such as psychosis, schizophrenia, insanity, insomnia, and epilepsy. Sarpagandha ghanavati, Sarpagandha yoga, Sarpagandha churna, Mahesvari vati are some of the Ayurvedic preparations containing roots of sarpagandha.
After the discovery of various alkaloids and their pharmacological activities, many modern drugs have been designed from Indian snakeroot so far. For example, reserpine, an indole alkaloid, is used in high blood pressure (hypertension), as a sedative, in neuropsychiatric, insomnia, menopausal syndrome and other gynaecological problems. However, in higher dozes, reserpine can cause nasal congestion, nausea, vomiting, gastric ulceration, stomach cramps and diarrhea.
Some of the modern preparations containing purified alkaloids of Rauvolfia serpentina  are: Serpasil (CIBA Pharma Limited, Switzerland), Ralfen (Bengal Chemical and Pharmaceutical Works, Calcutta), Serpina or S 117 (Himalaya Drug Company, Dehradun), Raudixin (Sarabhai Chemicals, Ahmedabad), Adelphene (CIBA India Limited, Mumbai), etc.

CULTIVATION
Indian snakeroot plant is mostly propagated through seeds. However, it can also be propagated vegetatively through cuttings. It prefers the areas where the annual rainfall is more than 250 cm. It can be grown best on the well drained soil rich in humus and organic matter. The saplings are planted at a distance of 45 × 30 cm. The plants become ready for harvesting after three years.